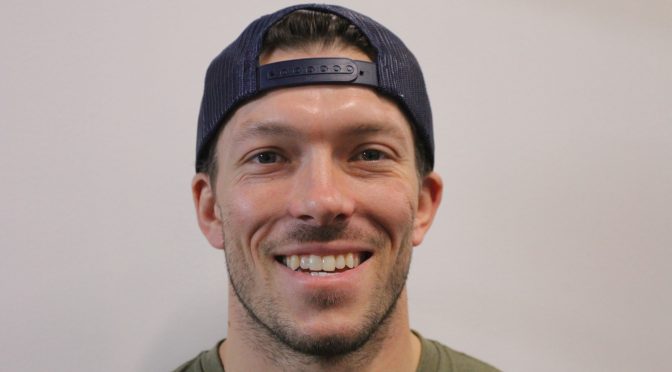 Who’s Really the Selfish One?

For the past seven years I’ve made my life coaching and helping others find health and wellness in one way or another.  As with any profession, over time you will come across the same problems.

About four years ago, I was coaching at my old gym, CrossFit Inferno, in my hometown of San Luis Obispo, California. One of our members pulled me aside after class and asked if I could help her with something. She was having trouble finding the time to make it to the gym enough to feel like the membership was worth it.

We spent the next hour writing down her daily schedule from the moment she woke up until the moment she fell asleep. The disheartening thing was there really wasn’t much space in her schedule to make it to the gym more than twice a week. We all know that while twice a week is better than zero, it’s not going to get anybody the results they want or need.

After another hour of rescheduling, we came up with a plan that would allow her to get into the gym three days a week. Still not ideal, and she would really have to hustle to make it work, but better than what she was doing now. I hugged her, told her I would be checking in to make sure she was holding up her end of the bargain and to let me know if she needed any other help.

That member made it two weeks coming three times a week, then eventually went right back to her two, one, or not at all some weeks. When I saw her a few months later I asked her how the schedule was working out for her (knowing already she hadn’t been coming like we talked about). With her head down, she said something that stuck with me and really shifted the way I think. She said, “I just can’t be selfish and put the gym before my family.”

I spent the next few weeks really thinking about what she had said and trying to understand where she was coming from. I didn’t have any kids, and while my schedule was full (at the time I was in a full time fire academy, coaching CrossFit and training for the CrossFit Games), I still didn’t get it. But on the other hand, I didn’t feel I had any right to say she wasn’t trying her best.

It wasn’t until a couple years later after having the same conversation with hundreds of other athletes, both in my own gym and while traveling on the CrossFit L-1 Staff, that I was finally able to come to my own opinion on this matter.

Naturally, we are givers. Every day we wake up with others on our mind. Make breakfast for the family, get the kids to school on time, think about what needs to be done to keep your boss happy. It’s rare we think about ourselves before others. That’s a great quality to have and one that no one would argue is bad, but what happens when we put others ahead of ourselves for so long that it begins to affect our health? Now who’s really being the selfish one? Let me explain.

Whenever I sit down with someone who tells me they don’t have time to get to the gym, I ask them to list for me the three most important things in their lives. The list ALWAYS goes like this:

After they tell me their list, I write this down and ask them how they feel about it.

Their response? “I would never put myself before my family.”  Then I tell them that this is my list. The next look is usually one of disgust, until I explain.

Here’s how I see it: If I spend my whole life putting my family and career before my health, the outcome won’t be what I was expecting. While I’m young this would be fine, but as I start to age I notice some love handles. That’s okay right? It’s called a “dad bod!” Next, my doctor makes a weird face when he sees my blood pressure at a routine check up. “Nothing to be too worried about, but that is a little high” he says.  A few years later, I just don’t seem to have the excitement I used to for my job, I’m tired all the time and need three  cups of coffee a day to stay awake, and those love handles have now turned into needing a new wardrobe. During the next check up with my doctor, he tells me I need to go on blood pressure meds and to start looking into my diet and an exercise program, telling me “If you keep this up you’re on the path to an early death.”

So, let’s go back to my list. It took me years to put my health first on my list for the same reason others don’t as well. I didn’t wan’t to “look” selfish. But who’s really the selfish one? The dad who spends one hour a day five days a week working out or the dad who passes away a decade earlier than he should have?

My father passed away from a heart attack when I was five years old. He was only thirty one. Yep, you heard that right. He was only thiry one years old, the same age I am right now. My mother passed away at age sixty two, again from heart problems. Both of them left this world way too young and both could have lived much longer if they had taken their health seriously. Instead, they were workers! My father was a commercial fisherman and my mother a waitress. Both worked themselves to death, because they put family and money  before their health.

I can say without a doubt, that I would have given up an hour every day without them, to still have them around today.

The purpose of this paper isn’t to guilt anyone into exercise, but instead to encourage you think about your priorities. If family is at the top of that list, then health should be too. Now this doesn’t mean you have to join a CrossFit gym (although I do believe it’s the best way to go), but it does mean you need to start setting aside 30 minutes to an hour a day of physical activity.

Physical activity can be almost anything. Start with a family walk every night after work. Turn this into hikes on the weekends, and jogs with your spouse. Next, go on Craigslist and buy a kettlebell. Start doing some short, intense workouts in the garage that last no longer than 10 minutes, but leave you on the floor gasping for air. Next, sign up for a Spartan race, half marathon, or sprint triathlon, giving yourself something to work towards.

Picture yourself twenty or thirty years from now. Are you happily playing with your grandkids and enjoying your life independently, or are you stuck on the couch or scooter, too achy and out of shape to enjoy this beautiful world and those in it? If you want the first life, like me, than put your health first. Just an hour a day. You can do it! And if you feel you can’t, come talk to me! We’ll make it happen together.