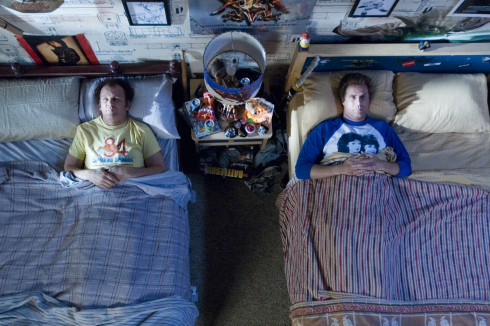 For those men who sleep 5-6 hours per night have testosterone levels of someone 10 years their senior.

How’s that for an attention grabber?  How about this: Those that sleep 5-6 hours a night have smaller testicles than someone who gets 8.  Never thought you would size up someone and be comparing sleep quality huh?

For the past week or so I have been on a bender (so to speak) of learning everything sleep by neuroscience professor Dr. Matthew Walker.  And I am here to share what I have learned.

For starters, everyone has a circadian rhythm.  This is your personal 24 hour clock that tells you when to go to bed and when to wake up.  And people have different sleep and wake times. Some are more morning people, where you go to bed early and wake up early.  If you are one of these, you make up approximately 40 percent of the population. Others naturally sleep better later and wake up later.  These night owls make up 30 percent of the population. Unfortunately society doesn’t support those late sleepers, often get cast as being lazy.  The remaining 30 percent lie someplace in the middle. Like I said, everyone is a little different. This rhythm also dictates your preferred eating times, your metabolism, body temperature, even the release of hormones.

Melatonin, the Hormone of Darkness

When the sun sets and night begins to fall, melatonin is released into the bloodstream from our brain.  This sends a message to our body and brain telling us that it’s getting dark, and it’s time to go to sleep.  What’s important to know is that melatonin does not actually help in generating sleep itself.

Taking melatonin can help when you travel to another time zone, when its late at night but your body still thinks its day time.  The idea of taking melatonin as an everyday nightcap has little effect on your sleep. However if you are currently taking melatonin and feel it does help you go to sleep, then by all means do not stop taking it!

When we travel (more specifically airline travel), our circadian rhythm can get a little messed up.  This especially is true when we fly east. This is because flying east means you are in a later time zone, and thus requires that you fall asleep earlier than you are used to.  So when you fly east, it is best not to sleep on the plane. However, when we fly west, you are required to stay up later, which is easier to do. The general rule is for every day you are in a different time zone, your brain can only adjust 1 hour.  Imagine you are flying from San Jose, CA to Miami, FL for Wodapalooza. You will need approximately 3 days to acclimate to your new time zone. And when you fly back home, you will need another 3 days to adjust.

Have you ever noticed that you don’t sleep well the first night you are in a foreign room, such as a hotel or at someone else’s home?  That is because only half of your brain is getting adequate sleep. There are 4 stages of non-rapid eye movement (NREM) sleep. In the later stages of NREM sleep , half of the brain will go to this level, while the other half will remain in a lighter stage of sleep, thus acting as the guardian.

When we are awake, our brain is building up a chemical called adenosine.  The more we are awake, the more we build this up in our brain. As this builds up, our desire to sleep gets bigger.  However we can block this chemical with caffeine. Caffeine, which is classified as a psychoactive stimulant, works as a masking agent and tricks you into feeling alert and awake, even though your adenosine levels are high enough to put you to sleep.  While the buzz from coffee wears off, the actual caffeine takes approximately 10-12 hours before it is completely removed from your system. Keep this in mind when you have coffee later in the day or in the evening. Also, decaffeinated coffee still has between 15-30 percent of caffeine that regular coffee does.  So if you have 3-4 cups of decaf, well, your caffeinated!

And the older we get, the longer the body takes to remove caffeine.

Ever have that sensation of a coffee crash?  Well, its that adenosine that has been continuously building up because you are awake.  When your liver finally removes the caffeine, the sleepiness caused by the adenosine you were blocking hours before comes rushing down, plus all the additional adenosine you have built up since – hence the crash.

Recent studies are showing that a lack of sleep is a strong determining factor whether or not you will develop this disease.  Alzheimer’s disease is the buildup of a toxic form of protein called beta-amyloid, which clumps in the brain. When we sleep, our brain goes into clean up mode and this beta-amyloid gets removed.  If we don’t get sufficient sleep, this amyloid plaque builds in the brain, attacking and degrading it.

Some people seem to think they can get by with 5-6 hours of sleep.  Two of the more prominent people who boasted this were Ronald Reagan and Margaret Thatcher.  They were very vocal and proud of this feat. Both developed Alzheimer’s.

A lack of sleep can have a profound effect on how well you perform.  If you get anything less than 8 hours of sleep, especially less than 6 hours the following can happen:

In another study with Golden State Warriors star Andre Igoudala, his performance on the floor was compared to when he would get 8 hours of sleep vs. less than 8 hours of sleep: 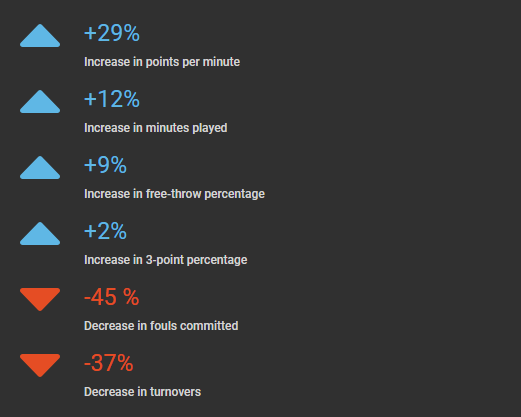 A lack of sleep will have the following consequences:

How to get better sleep:

If you have any questions regarding this blog post or anything nutrition related, please contact Brett, Brittany or Wes at coastrangenutrition@gmail.com.

Walker, Matthew, PhD, Why We Sleep: Unlocking the Powers of Sleep and Dreams, 2017